If you have many users, manually configuring the second factor may be quite cumbersome. TOTPRadius allows setting up two different self-service enrollment methods using LDAP authentication for the initial setup.

As both of the methods described below require LDAP to identify the user, the requirement for this is a correctly set LDAP configuration. You can specify your LDAP or LDAPS server (or servers) by navigating to Admin Panel, then selecting LDAP Settings. 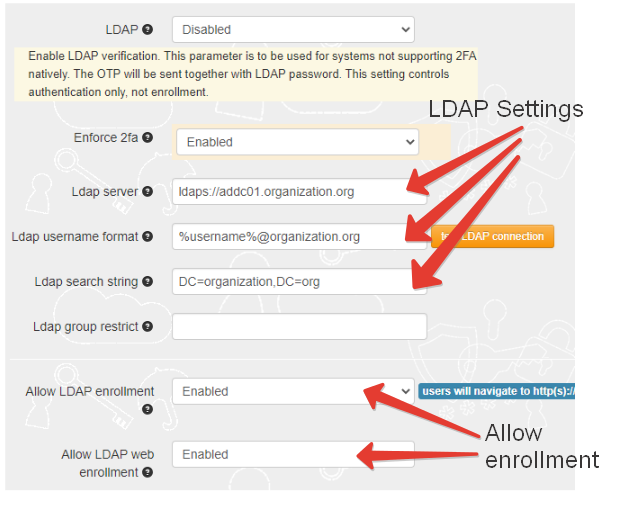 This option enables the legacy LDAP self-service enrollment portal accessible inside your LAN (it is hosted on the same web interface as the TOTPRadius web admin page). While it is fully active, it is missing the new features that is available with the new internet facing self-service portal (explained in the next section). The legacy LDAP portal by default will redirect to the new portal ("/vpn/ldap/" - controlled by  "Ldap web url redirect" parameter). The only use case for keeping the legacy portal accessible is when you want to allow TOTP app re-enrollment: this is not possible on the internet-facing LDAP portal. 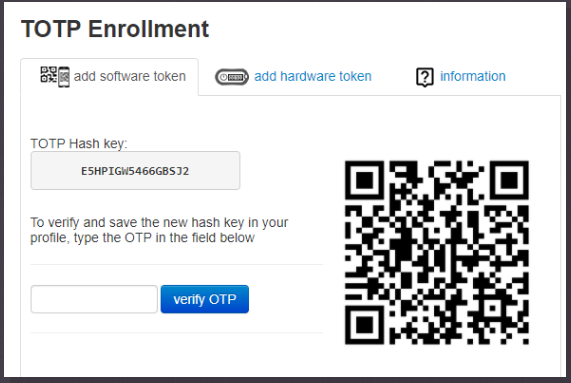 The enrollment process is described below:
Enrolling software tokens 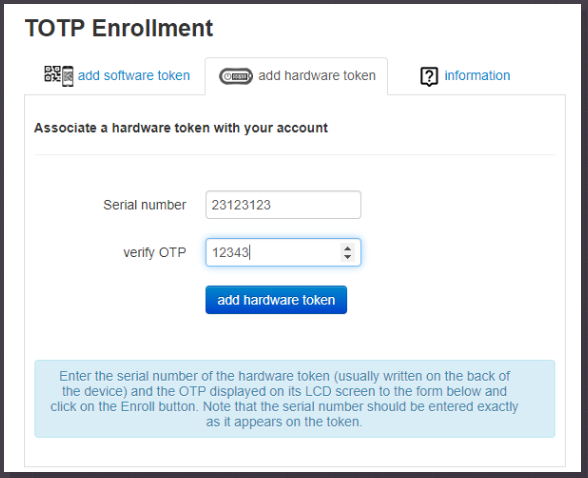 The enrollment process is described below: